Shatavari and Its Many Benefits for Women 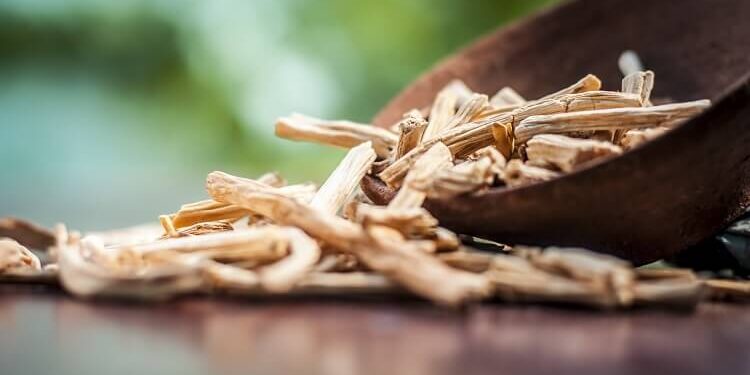 When it comes to women’s health, the balance of hormones (estrogen, progesterone and testosterone) is essential. When hormones are out of balance, they affect mood, energy, libido, the brain and more.

In Ayurvedic medicine, shatavari has traditionally been used as a rejuvenating tonic to help women find health and balance through the various stages of their lives especially when it comes to their hormones.

Traditionally, shatavari is known as the plant of one hundred roots. The name translates to “she who has hundreds of husbands” or “curer of one hundred diseases” because it confers so many healing benefits, especially for women.

The botanical name for shatavari is Asparagus racemosus; it’s also known as wild asparagus. This plant is found mostly in India, Asia and northern Australia. Whilst a member of the asparagus family, what makes it different from the asparagus we usually eat is the roots, where most of the medicinal properties are found.

Attached to the stem of this delicate plant is a cluster of roots, also known as tubers. These long, succulent tubers have been known to grow 30–100 cm long and 1–2 cm thick.

Shatavari is wonderful for pacifying vata and pitta doshas (constitutions). Its rasa (taste) is tikta (bitter) and svadvi (sweet). Its action is cooling.

It’s also regarded as a:

1. Rasayana, a rejuvenating herb that boosts immunity and vitality, protects against stress and slows the ageing process;

2. Balya, which means a strength promoter;

3. Stanya, which means ”galactagogue”, a substance that helps to produce breast milk; and

4. Medhya, the term for plants that increase intelligence and promote learning and memory.

The compounds found in shatavari

The steroidal saponins in shatavari are phytoestrogens. This means that they’re able to mimic or modulate the actions of oestrogen (found in the body) by binding to oestrogen receptors. In other words, they’re able to induce a similar biological response as oestrogen.

What are its therapeutic actions for women?

In Ayurveda, powder is the preferred way to take this herb. It’s traditionally prepared by mixing the powder with room temperature water. It can, however, also be consumed with a milk or even blended in a smoothie.

It can also be taken as a tincture or in capsules.

Shatavari is considered a safe herb that is well tolerated for long-term use, yet it should be avoided in certain circumstances.

Due to its moistening properties, it’s not recommended in conditions where there is excess mucous.

People allergic to asparagus or Liliaceae family members like onions, leeks, garlic and chives may experience an allergic reaction to shatavari.

It’s always advisable to consult a physician before consuming during pregnancy or breastfeeding.

It may also interfere with medications such as diuretics and drugs that lower blood sugar.

It’s for no small reason that shatavari is held is such high esteem as a rejuvenator and woman’s tonic. There’s enough ancient wisdom and modern research to confirm its many benefits for a woman as she transitions through her various life stages.

Broccoli: The Cancer-Preventive Properties of This Leafy Green Superfood
August 10, 2020

Turmeric Milk: 10 Benefits of Including This Golden Milk in Your Diet
July 20, 2020