5 Medicinal Mushrooms to Improve Your Health 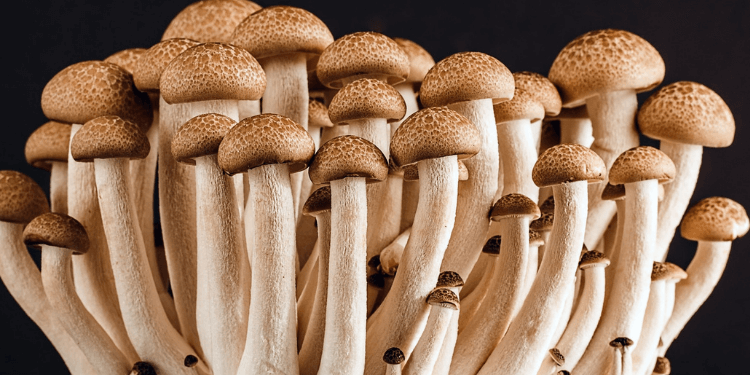 Mushrooms have always held a special place for humans, not only as a food but also as medicine. Whilst many of us may have grown up with fairy tales and folklore around magic mushrooms, we now know that in fact they are magical – for our health and more especially for the immune system.

Research into the many varieties of mushrooms are confirming what healing traditions have taught for millennia: that medicinal mushrooms can be powerful medicine, especially for the immune system. Their ability to modulate and protect this system comes from terpenoids, polysaccharides called beta-glucans, and many other compounds.

This fungus is mostly cultured. That’s because the wild fungus, Cordyceps senesis, is far more rare and costly than the cultured Cordyceps militaris. And research has shown that they share the same healing benefits. Cordyceps is also known as the caterpillar fungus, as it will take over a caterpillar as its host in the wild.

Cordycep’s claim to fame is that it’s a stimulating adaptogen. This simply means that it’s more energizing than other adaptogens, which are more restorative in nature. Traditionally it was seen as an “all illnesses” tonic, because it was believed to improve energy, appetite, stamina, libido, endurance, and even sleeping patterns.

Reishi (Ganoderma lucidum) is also known as the mushroom of immortality for its many restorative properties. Ganoderma lucidum is visually striking; it is kidney- or fan-shaped, with a distinctive red-to-orange color and a shiny lacquered finish on the top.

Reishi contains over 200 active ingredients and unique compounds. Triterpenes, sterols and polysaccharides give these mushrooms many of their medicinal benefits.

Reishi may be beneficial in treating influenza and bronchial diseases, and it’s often used for its adaptogenic properties. It’s also useful for enhancing and modulating the immune system, protecting the liver, helping to treat the side-effects of radiotherapy and chemotherapy, and for its anti-tumour potential.

Turkey tail (Trametes versicolor, also known as Coriolus versicolor) gets its name from the concentric bands of contrasting colours on its body that give it the fan-like appearance of a wild turkey.

This mushroom contains compounds called PSK (Krestin or Polysaccharide K) and PSP (Polysaccharide Peptide) that modulate the immune system. PSK has also been shown to have potential in cancer therapy.

With respect to colds and flu, turkey tail seems to have potential for upper respiratory infections and pulmonary disorders.

Lion’s mane is also known as Hericium erinaceus. This mushroom is a snow-white, globe-shaped fungus composed of downward-cascading, icicle-shaped spines.

Whilst this mushroom has polysaccharides and peptides that display anti-inflammatory, antioxidant and immune-modulating capabilities, one of the more exciting applications of lion’s mane is its potential preventive role against neurodegeneration.

Shiitake, also known as Lentinula edodes, is a light amber gilled mushroom. It’s the most easily recognized medicinal mushroom, as it is also a common ingredient in Asian cuisine.

Its many medicinal properties come from polysaccharides such as lentinan. Lentinan has been shown to not only strengthen and modulate the immune system but also may have anti-tumour and anti-microbial effects.

Shiitake mushrooms are also a good source of vitamin D, which helps to support and regulate the immune system. Similarly, it’s a source of B vitamins (especially vitamin B3, also known as niacin), which have a role in energy production and general well-being.

Chaga mushroom or Inonotus obliquus is a parasitic fungus that tends to grow on birch trees in the northern hemisphere. These fungi grow as sterile conks (the woody fruiting body) and look like lumpy burnt charcoal, but with a soft yellow-orange inner core.

Chaga mushrooms are known to be adaptogenic and have an array of biologically active constituents. These include polysaccharides (particularly, beta-glucans), triterpenes, polyphenols, betulin and betulinic acid.

Beta-glucans are the quintessential nutrients for the immune system. These polysaccharides have strong immune-balancing properties, enhancing the body’s ability to produce natural killer (NK) cells.

If we’re serious about finding powerful medicine to heal and keep our bodies healthy, we must consider medicinal mushrooms. Most of them can be used in cooking, making them easy to add to your diet. But best of all, if you don’t want to cook your mushrooms, there are many easy ways to add medical mushroom powers or tinctures into your diet.